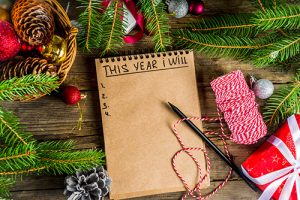 According to a 2019 survey, only 55% of people who are 55 years of age and older reported having a Will, 41% have a Health Care Directive, and 33% have a durable power of attorney. Only 18% of those surveyed have all three documents in place. I wish I could say that I am astonished by these figures. But sadly, I am not. Our youth-oriented culture seems to fight the inevitability of aging every step of the way, including acknowledging the “possibility” that perhaps, someday, at a time far in the distant future, we may not be around.

In 2016, I wrote a series of blog posts about the messy scenarios that can occur by dying without a Will. My analysis back then still holds true today. Moreover, although they not understand all of the legalities and mechanics behind how an estate is administered,  I suspect a substantial portion of the 45% of people who are 55 years old and up who don’t have Will absolutely know that they are creating a giant mess. In fact, many lawyers make their living off of that mess, from people who fail to take responsibility for themselves and leave behind a disastrous slew of questions as to whether or not they had a Will (often resulting in a panicked search through every nook and cranny of the house), questions as to the nature and extent of their assets, questions as to what creditors might be lurking, and, perhaps most important, questions as to what they would have wanted. And, even if they know that deceased person wanted certain distributions to be made, without a Will the laws of intestate succession will govern the distribution. (The only exception would be if everyone interested in the estate reaches an agreement regarding an alternate distribution and enters into a binding Nonjudicial Dispute Resolution Agreement pursuant to Washington’s Trust and Estate Dispute Resolution Act (TEDRA)). In short, the person dying without a Will can create chaos for family, friends, and romantic partners who have to sort through, fight over, stress out, and expend time, energy and, of course, money, to work through it all.

Is that what you want? Or, would you like to resolve to create a different scenario, one in which your loved ones will mourn your death, but not simultaneously curse you for the mess that you’ve forced them to deal with?

To “resolve” to do something means “to come to a definite or earnest decision about; determine (to do something).” Common New Year’s resolutions involve losing weight, exercising more, or perhaps saving a few dollars for a rainy day. But what about resolving to work with an attorney to create a Will and other necessary estate planning documents? I have found that clients, regardless of their age, tend to be quite relieved (and proud of themselves!) once they have resolved to address this issue, and then they see it through to completion. After signing the documents, I often hear comments such as “That wasn’t so bad” or maybe they look at their spouse and say, “We did it – let’s go have a drink to celebrate!”

If you resolve to get a Will in place in 2020, to start the new decade off with a sense of accomplishment, we’d be happy to help.

Businesses are focused on employees that test positive for COVID-19, but what happens if someone falsely claims to be positive to get out of work? https://buff.ly/3ionZqf