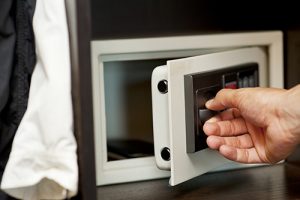 When the legendary Aretha Franklin died in August 2018, her family – and lawyers – believed she never had a will. When the family opened a probate of her estate in Michigan last fall, Franklin’s four sons each expected to receive an equal share of her estate under Michigan’s laws of intestacy (i.e., the laws governing the distribution of property of people who die without a will). Months later, these expectations were upended – along with the harmony among her children – when a series of handwritten wills were discovered both in a locked cabinet and between the couch cushions in her home.

Now, Franklin’s children are embroiled in a dispute over the distribution of her estate, and a judge is being asked to determine the validity of the found wills, which do not leave the estate to her kids in equal shares. What went wrong, and what can we learn from yet another very public estate dispute among a celebrity’s family members?

Letting your family know that you have created a will and where you plan to store it, storing your will in a logical place, and making sure you are not the only person who can access it demonstrates respect for your loved ones. Questions about storing a will? We can help.