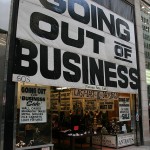 As 2014 draws to a close, I am stuck on endings. Last week, I watched the near-perfect final episode of “The Colbert Report” – actor Stephen Colbert retired the fictional blowhard “Stephen Colbert” and his eponymous “Report” to start a new gig in 2015 replacing David Letterman as host of “The Late Show” on CBS. What can a small business owner who is thinking about moving on learn from Colbert? Plenty!