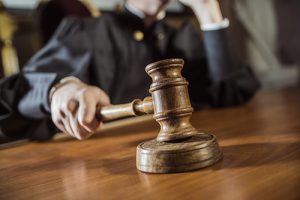 Earlier this month, a New York jury convicted Roderick Covlin for the 2009 murder of his wife, Shele Danishefsky Covlin. Shele Covlin had separated from her husband and filed for divorce in the months leading up to her death. The motive for the murder? Roderick wanted to inherit his wife’s money, and she had planned to update her will to eliminate her soon-to-be-ex-husband on the day she was found dead in her apartment bathroom. Roderick allowed his daughter, who was 9 years old at the time, to discover the body of her mother, and he later attempted to frame his daughter for the murder, reports the New York Times, in an article that paints a picture of Mr. Covlin, a professional backgammon player, as a bizarre sociopath ne’er-do-well with a history of domestic violence.

Tragic events like Shele Covlin’s murder are the reason behind Washington’s “slayer statute”, which is found at RCW 11.84. RCW 11.84.020 provides: “No slayer or abuser shall in any way acquire any property or receive any benefit as the result of the death of the decedent …” The law prohibits anyone from inheriting property from a person whose death they caused (a “slayer”), and it also prohibits anyone from inheriting property from a person who they financially exploited (an “abuser”). Instead, the statute directs that a slayer or abuser is to be deemed to have predeceased the decedent for purposes of distributing the decedent’s assets.

The “anti-lapse” statute provides for the distribution of a deceased beneficiary’s share of an estate to that beneficiary’s descendants if the beneficiary was an heir-at-law of the decedent. RCW 11.12.110. In 2014, Division I of Washington’s Court of Appeals first considered whether the anti-lapse statute applied under circumstances where a beneficiary is deemed to have predeceased the decedent due to their status as an abuser under the “slayer statute.” In re Estate of Evans, 181 Wn.App. 436, 449-50 (Div. 1 2014) In Evans, the decedent’s son participated in the financial exploitation of his father, and the son was thus determined to have predeceased his father under the “slayer statute.” Because the Will did not specify what would happen to the son’s share of the estate if he did not survive his father, the Court of Appeals ruled that the son’s share was to be distributed to the son’s children under the anti-lapse statute.

Of Counsel Attorney Sherry Bosse Lueders will be live to answer questions for today's WSBA CLE - Trends in Representing the Business Client. https://buff.ly/3zibzay

You won't be at the helm of your company forever. Make sure you've made plans for its continued success. #SeattleSmallBusinessAttorney https://buff.ly/3l5W1Sb