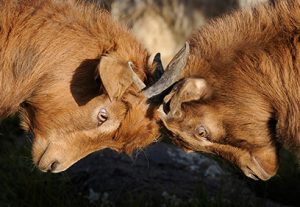 Like millions of other Tom Petty fans, I mourned the death of the legendary singer when he died of an accidental drug overdose on October 2, 2017. I noted last month that his estate remains in the news because of an ongoing family dispute. An NBC News article, “Tom Petty’s widow and daughter in legal fight for control of the signer’s estate,” sets forth some of the details of this dispute over the governance of the trust. As stated in the article:

Petty had two daughters, Adria and Annakim, from his marriage to Jane Petty, which ended in 1996. He married Dana York Petty in 2001. According to her filing, Dana York Petty is the sole trustee of her late husband’s trust. The trust directs her to establish an entity to control Petty’s catalog [of music], with equal participation from his daughters. Adria and Annakim have interpreted “equal participation” to mean they should get control of the entity by a two-thirds majority vote. Dana York Petty has argued that a professional manager should run the operation with consent from all parties.

We’ll never know what really happened, nor should we know, due to the attorney-client privilege. But I can envision a scenario years ago where Tom Petty is meeting with his estate lawyer in her beautiful downtown Santa Monica office. Tom says, “Yes, of course, I want Dana to be in charge of everything. She’s my wife. But you know, I don’t want Adria and Annakim to feel left out. Can you please put in some language so that they have ‘equal participation’ in relation to my catalog of music?” Tom’s lawyer shakes her head in dismay and responds, “Tom, no. That’s a really bad idea. They may not be on the same page regarding how to handle your catalog, which is a tremendously valuable asset. That’s the kind of language that creates fights among families. Why don’t you pick one person to be in charge, rather than putting in that murky ‘equal participation’ language?” Tom disagrees, “No, it’ll be fine. No worries. They all love each other. I know when the time comes, they’ll all agree.”

Most estate planning attorneys have heard, countless times, clients suggest that multiple people should serve as co-fiduciaries, such as co-Personal Representatives, co-Trustees or co-Attorneys-in-Fact. And most estate planning attorneys try valiantly to talk their clients out of that approach. Whether it’s an argument about an expensive catalog of music, or who gets Grandma’s china set, family disagreements happen. Generally, it’s a much cleaner and simpler approach to simply put one person in charge rather than to set up a potentially tension-filled and litigation prone “committee” to make decisions about your estate.