Are your account beneficiary designations up to date? Read the fine print. 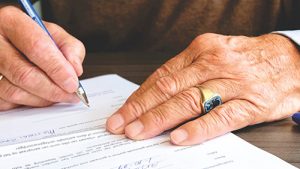 Managing sibling rivalry in your family business can be tricky. https://buff.ly/2Jd0Wln

"Biden has previously proposed both lowering the federal estate tax exemption amounts and also eliminating the step-up in basis." https://buff.ly/2WhGUZP