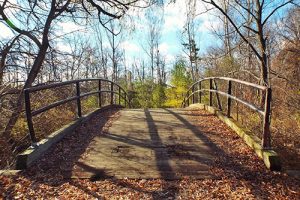 Getting a divorce? If so, it’s important to update your estate planning documents during the dissolution process. As Sherry Bosse Lueders suggested in a 2015 blog post, “So, what do you do about your estate plan when a divorce is pending? You may not be able to do anything about the disposition of community property until a settlement is worked out with your soon-to-be-former spouse. You can, however, change the disposition of your separate property by having a new Will drafted during the divorce (sometimes called a ‘bridge Will.’).”

The Washington Court of Appeals recently decided a case demonstrating that Sherry’s point, made five years ago, still holds true today. In the Matter of the Estate of Petelle, 8 Wn. App. 2d 714, 440 P. 3d. 1026 (2019), Michael Petelle filed a petition to divorce his wife, Michelle. The parties entered into a Separation Contract that was intended to be a “final settlement of all their marital and property rights and obligations.” But, before the divorce was finalized, Michael died intestate (without a Will). Michelle filed documents with the court requesting to be appointed as the Administrator of Michael’s estate. She did not inform the court about the Separation Contract. Michael’s mother, Gloria, petitioned the court that Michelle did not have the right to inherit Michael’s assets through intestate succession because of the Separation Contract. The Washington Court of Appeals ultimately agreed with Gloria, stating, “Michael and Michelle’s Separation Contract states that ‘[a]ll property which shall hereafter come to either party shall be his or her separate property and neither party shall hereafter have any claim thereto.’ . . . As such, Michelle waived her marital right to intestate succession by entering into the Separation Contract.”

Also, undoubtedly, litigating this issue was extremely expensive. Michelle asked the court to award her attorneys’ fees on appeal, but the court denied the request.

If you have questions about your estate planning as you go through a divorce, please let us know. We’d be happy to help.