The Importance of Being Accurate with Account Beneficiary Designations 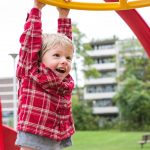 When you open an investment account, bank account or retirement account, or when you purchase a life insurance policy, chances are you will be provided with a form where you can designate the beneficiary of the funds in that account, or proceeds from the policy, when you die. Assets that transfer on death via beneficiary designation are known as “non-probate assets” because when you die, these assets transfer automatically to the designated beneficiaries on the account, rather than to beneficiaries named in a Will via the probate process.

I recently read an unpublished 2014 decision by Division I of Washington’s Court of Appeals, In the Matter of the Estate of William Ross Taylor, which provides a cautionary tale of how account beneficiary designations can sink the most carefully crafted of estate plans. In this case, William Taylor was a divorced dad of a young son who, like many parents, had drafted a Will directing that all the assets in his estate be distributed to a trust for the benefit of his son that would be established following William’s death. The Will appointed William’s brother, Charles, as the trustee of the trust. Two years later, William died in a boating accident.

After William died, his ex-wife filed a lawsuit against members of William’s family on behalf of his son, arguing that Charles failed to properly fund the testamentary trust. Among the issues addressed in the 2014 decision was whether William intended that the proceeds from retirement accounts and life insurance policies be distributed to the trust for his son, or whether he intended that money to benefit his brother directly. This issue arose because William designated Charles as the beneficiary of these assets as an individual, rather than in his capacity as a fiduciary.

Typically, a beneficiary designation form will control the distribution of the assets in an account. However, in this case, evidence was presented at trial that William had intended for the proceeds from the accounts naming Charles as beneficiary to be used to fund the testamentary trust for his son, where Charles was nominated to serve as Trustee. The beneficiary designation forms, however, did not provide a way for William to indicate that he was designating Charles as a beneficiary only in his capacity as trustee or that his intent was for the testamentary trust to be the beneficiary of those accounts.

The Court of Appeals upheld a jury verdict that found that William had intended for the trust to be the beneficiary of the assets where Charles was named as beneficiary. However, this result came only after years of litigation where the funds from the accounts were not serving their intended purpose of providing support for William’s son. The result could have been avoided by appointing a trustee who would have recognized the intent behind the beneficiary designations. It also could have been avoided by more carefully crafted beneficiary designations on the accounts that indicated the beneficiary was designated only in his capacity as trustee, or that designated the trust itself as a beneficiary.

This case demonstrates the importance of coordinating your beneficiary designations with your estate plan. If you have questions, consult with an attorney to make sure that you are taking all the steps necessary to avoid an unintended result.

What is a Revenue Clearance Certificate? Why would a business owner need one if they are closing shop? https://buff.ly/3aL2U7i

Sherry’s attendees at the Washington Law & Practice Refresher CLE had a number of questions. Does gmail provide adequate privacy for attorney-client communications? What happens to the remaining fee deposit when an attorney withdraws from joint representation of two clients?