News from the Desk: September 2014

September is my favorite month. I enjoy the nip of fall in the air, and the uptick in energy from students heading back to school and clients stepping up their pace of life and business. In addition to September being my birth month, on September 8thI celebrated my 15th anniversary of opening my law firm! I’m so grateful to achieve this benchmark. Thanks to all of you for your business, support, wisdom and humor – all of which I have relied upon immensely. It’s been my privilege over the past 15 years to work with outstanding, smart and fun clients, and to help them achieve their business and estate planning goals!

Sherry and I will be appearing on the Wangsness Real Estate Connections radio show on Wednesday, September 17th from 3:00 – 4:00 p.m. Please listen in and let us know what you think! Also, I look forward to speaking to the Bellevue-Seattle chapter of eWomenNetwork on Thursday, September 18th discussing Business Law Essentials.

On September 27th, I will be speaking on business law at the U.S. Small Business Administration’s “Biz Fair.” This will be my 11th appearance at Biz Fair, and I’m excited as always to volunteer and help train new entrepreneurs! 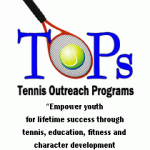 Also, please mark your calendars for October 24th at Eastside Tennis Center for the TOPspin Benefit Auction benefiting Tennis Outreach Programs. I’m so excited about this year’s auction items, including fun trips to Nice and Monte Carlo, Spain, Palm Springs and the San Juans! And, of course, the auction proceeds go to support our mission. If you’d like more information please check out the website and contact TOPs for tickets.

As I’ve mentioned previously, we’ve added six new videos to our firm’s website! The video below is, admittedly, my favorite – Estate Planning for Pets. It’s only 41 seconds, and all of the pets included are part of our office family! The pets are adorable, and the message is important too. If you have pets, you need to have a plan in place for taking care of them in the event of your death. Please contact our office if you’d like more information about this issue.

Last November, a Texas woman, Marlise Munoz, was preparing a bottle for her toddler when she collapsed on her kitchen floor in the middle of the night. She was 14 weeks pregnant. Her husband, Erick, discovered her motionless body at 2 a.m., and paramedics rushed her to the emergency room at a nearby hospital.Doctors informed her family that she was brain dead and would never regain consciousness, but she would nonetheless remain connected to a ventilator. Munoz, a former paramedic, had a health care directive that indicated she did not want treatment continued if doctors diagnosed her as permanently unconscious, and her family argued vehemently for her wishes to be honored.She remained on life support because she was pregnant and had the misfortune of collapsing in Texas. Why? The hospital believed that discontinuing life support for Munoz would violate a provision of the Texas Advance Directives Act, which prohibits medical providers from terminating life support for pregnant women.After two months of arguing with the hospital to remove his wife from life support, which was keeping her brain-dead body alive to support a fetus that doctors agreed was not viable, Erick Munoz filed a lawsuit and won. On January 24, Texas District Court Judge R.H. Wallace, Jr. ordered the hospital to remove the machines that had been keeping Marlise alive, ruling that the law did not apply to her since her diagnosis of brain death meant she was already legally dead.Would the same scenario play out for a Washington resident? Maybe.

Washington’s advance directive law can be distinguished from the Texas law, however. The Texas law goes much further than Washington’s in invalidating a woman’s wishes as stated in her health care directive when pregnant:

The Texas Advance Directive Act states, “a person may not withdraw or withhold life-sustaining treatment … from a pregnant patient.” The hospital treating Munoz feared removing her from the ventilator while she was still pregnant would violate that provision of the law.

In addition to not including an equivalent provision prohibiting a hospital from honoring a pregnant woman’s health care directive, RCW 70.122.030 also provides that a health care directive need not contain the exact statutory language to be valid: “The directive may be in the following form, but in addition may include other specific directions.”

What happens if a Washington woman executes a health care directive that does not include the provision invalidating the directive if she is pregnant, or one that includes a provision affirmatively stating the intent for it to be effective during pregnancy?

In 1979, Joann Lynn DiNino executed a health care directive under Washington’s Natural Death Act, which the Legislature enacted that same year, specifying that her directive would remain in effect even during pregnancy. When her physician refused to include it in her medical file because it failed to follow the statutory format, DiNino filed suit seeking a declaratory judgment from the state that her directive was valid and enforceable.

In a 1984 decision, DiNino v. State ex rel. Gorton, the Washington Supreme Court held that there was no justiciable controversy because DiNino was neither pregnant nor terminally ill, and refused to address the case on its merits.

While the Supreme Court did not reach the merits of the case, the opinion is nonetheless informative in a discussion of whether a woman’s health care directive would be honored in Washington if she was pregnant and it contained language that she wanted it to be effective during pregnancy. In DiNino, the Court noted that the State indicated both in its briefing and at argument that “an individual can draft a directive that contains a properly worded abortion provision, or in the alternative, simply delete the pregnancy provision of the model directive.”

DiNino involved the 1979 version of the Natural Death Act, which stated that a health care directive “shall be essentially in the following form, but in addition may include other specific directions.” The statute was amended in 1992 and the current version includes language more permissive to alterations, allowing that a directive “may” be in the statutory form.

The State’s position in DiNino that a directive deleting the pregnancy provision would be valid, combined with the revision to the Natural Death Act to include more permissive language related to deviation from the statutory directive, indicate that a pregnant woman in Washington may not face the same situation as Munoz and be kept on life support against her wishes. It appears that a Washington woman may have the ability to modify or eliminate the pregnancy provision in the statutory form, and that her wishes may be honored.

As always, I would love to hear your questions and comments.

Have you seen the Extraordinary Attorney Woo on Netflix? What can it teach us about estate planning? https://buff.ly/3u8FZMa