Why Robin Williams’s Family is Fighting Over His Estate 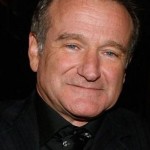 Robin Williams was a talented actor and comedian loved by millions (including me) for his ability to transition over a long career from manic comedian to respected dramatic actor. His suicide last year shook his fans and devastated his family. Williams, not unlike other larger-than-life personalities, had a messy personal life.

Williams was publicly close with his three adult children from two prior marriages that had ended in divorce. His widow, Susan Schneider Williams, had been married to him for just three years when he died. Robin Williams was a smart man – and a wealthy man who likely had several smart lawyers work on his estate planning documents. He had an estate plan in place, and he had updated it to include Susan. However, his planning was not able to prevent his wife and children from squabbling over his estate.

What went wrong? At least one commentator has intriguingly argued that Williams imperfectly adapted an existing estate plan when he married Susan, but was too vague in these revisions. Here’s what happened:  Williams created his estate plan before his third marriage. At that time, he (like many of us) wanted his estate to be divided equally among his three children.  Unlike most folks, he had tens of millions of dollars to divide among his kids.

Like many wealthy people – and lots of Californians – Williams created a Trust to hold his assets. Why Californians? Probate in California is much more complex than Washington’s relatively streamlined probate process, which leads many California residents to create Revocable Living Trusts as part of their estate plans.

Williams originally created a Trust granting each of his three kids an equal share of the Trust when he died. Then, Williams remarried. He revised the Trust to give his wife their house and “all costs related to the residence.” And herein resides the conflict: The family is now fighting over what is included in “all costs related to the residence.” Would that include renovations? What about money to pay household help to maintain it?

They are also squabbling over which objects in Williams’s many collections have greater sentimental value to his children and which properly should remain in his home with his wife. Williams apparently did not specify with sufficient detail how these items were to be divided.

The sad lesson to be learned from the fight over Williams’s estate is that a well-formed estate plan should anticipate and account for potential disputes. Here, it appears that some of the conflict could have been avoided with estate planning documents that set forth in greater detail just what he intended when he created the Trust provisions for his wife, as well as a  clearer description of who he wanted to have possession of his memorabilia and collections.  Although this dispute is unfortunate, at least Robin Williams did have a plan. The battle between family members over his assets would likely have been far more nasty if he had not crafted a plan in the first place.

Blended families are complicated, and an effective estate plan for such a family may be just as complex in its detail. Williams’s estate plan was clearly influenced by his experience going through two divorces.  In the second part of this post, I’ll discuss estate planning considerations in divorce.

Please take a peek at my ongoing discussion about how vehicles are distributed upon death - https://buff.ly/3DDQpta

You might have heard about portability in estate planning, but do you know how it works. https://buff.ly/35B3uVI #SeattleEstatePlanning