Why an Original Will Matters – Lessons from Napoleon 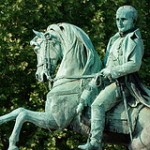 Napoleon I, the one-time Emperor of France and ruthless conqueror feared throughout much of 19th-century Europe, wrote his own will. Nearly 200 years after his death in exile on the island of Saint Helena, a copy of the last will and testament of Napoleon Bonaparte sold at auction for nearly half a million dollars – more than double the expected price. The copy was made by a trusted advisor to the fallen emperor. Napoleon’s original will – written in his own handwriting – is in the French National Archives.

Napoleon’s will is interesting in its specificity. He appoints his wife, Marie-Louise, as his personal representative. He also makes a number of specific bequests of both cash  (from the six million Francs he – ahem – “deposited on leaving Paris in 1815”) and a fascinating assortment of personal property – jewelry, linens, ornamental snuff boxes, his sword. It also specifies that his ashes be scattered on the banks of the Seine. That never happened. The King of France at the time (understandably) wanted no part of Napoleon – dead or alive – returning to French soil. Instead, Napoleon’s remains were not returned to France until 1840, and (after a tomb was built) entombed under the dome at Les Invalides in 1861.

What purpose did the copy of Napoleon’s will serve? At the time, it may have been made simply because the former emperor’s handwriting was nearly illegible. Today, a copy of a will can be used to let your beneficiaries know of your intentions for the distribution of your estate, so there are no surprises after you die. While an original will is required to open probate of an estate in Washington state, it is possible to open a probate with a copy of a will where the original was lost or destroyed under circumstances that indicate there was no intent to revoke the will (think fire or flooding). While opening a probate with a copy of a will is possible, it is more labor-intensive (and costly) than opening a probate with an original will. For example, notice of the intent to open a probate with a  copy of a will must be provided to anyone having an interest in the estate, and signed statements from the witnesses to the will and anyone else who can attest to its contents or execution need to be obtained.

Take note that Napoleon’s original will is kept archived, while the copy was auctioned off (albeit for a large sum). It is the original will that matters. Keep yours someplace safe.

Have you seen the Extraordinary Attorney Woo on Netflix? What can it teach us about estate planning? https://buff.ly/3u8FZMa