Of Commas, Contract Law, and the Importance of Precise Drafting 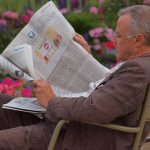 I am a fan of the Oxford comma. The Oxford comma, otherwise known as the “serial comma” is the bit of punctuation between the second-to-last item in a list of three or more in a sentence and the “and” or “or” before the final item. Punctuation minimalists have declared it superfluous, even gratuitous. I find it precise, and I believe there is value in this level of precision.

Last month, the First Circuit Court of Appeals issued a decision that turned entirely on the Oxford comma. You may have seen the headline posted by smug Oxford-comma-loving friends on Facebook: “Lack of Oxford Comma Could Cost Maine Company Millions in Overtime Dispute.” The Court’s opinion begins with the sentence, “For want of a comma, we have this case.” However, the court’s language quickly grew serious, and its punctuation impeccable, as it described a lawsuit in which the court was asked to determine whether Maine truck drivers were exempt from the state’s overtime pay requirements under a law that exempts employers from paying overtime pay to workers engaged in: “The canning, processing, preserving, freezing, drying, marketing, storing, packing for shipment or distribution of: (1) Agricultural produce; (2) Meat and fish products; and (3) Perishable foods.” Because of the lack of comma after “shipment”, the court found ambiguity in the statute, and ruled that overtime exemption in the law did not apply to employees engaged solely in distribution, as it would to employees engaged in “packing for shipment or distribution” of the products listed in the statute.

While the court’s ruling involved a Maine law and its application to a specific profession, the case offers a lesson in the importance of precision in drafting applicable in the wider context of contract law. Ambiguity in the language used in an agreement should be avoided at all costs, and time taken in the drafting stages to review contracts with care is time well spent. That way, the parties may determine whether any instances exist in which the agreement lacks clarity and resolve that ambiguity before signing the agreement – and well before any dispute. This is one reason why businesses benefit in having an attorney review a contract, and participate in its drafting, before it is signed.