By Stacey Romberg February 2, 2016 No Comments 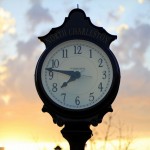 This blog series will explore the problems and complexities that may occur when someone dies without a Will. Many people procrastinate about getting their Will done, and some balk at the cost of having it done correctly by working directly with an attorney. They assume that, if they die without a Will, everything will be okay and the key people in their life will simply “work it out.” But, is that really true? In reality, people often create needless havoc, stress and expense (meaning dramatically higher expenses of estate administration than if a properly prepared Will had been signed) for their survivors by either not having a Will of any sort, having a Will that is ridiculously outdated, or having a Will done on the cheap that may be insufficient or may not even meet the statutory requirements necessary to admit that Will into probate.

In exploring the types of problems that can arise without a proper Will, an initial issue that arises is: Who is in charge? Specifically, who will be appointed as the Administrator of a deceased person’s estate when there’s no Will? You may have heard of the terms “Personal Representative” or “Executor” in relation to the person in charge of handling an estate. Those terms are reserved for an estate that is distributed pursuant the terms of a Will. If there is no Will, the proper term for the person in charge is “Administrator.” Also, it’s important to point out that, generally speaking, absent a court order authorizing the issuance of Letters of Administration – no one is in charge. Even if someone wants to step in and take care of everything, that person won’t have legal authority to do it.

Rather than the person who is deceased being able to choose who will be digging into his or her personal affairs and financial information, and interacting with other family members, as part of duties of estate administration, the choice of Administrator, instead, will be made independently by an ex parte court commissioner and governed by RCW 11.28.120. That statute states:

Administration of an estate if the decedent died intestate or if the personal representative or representatives named in the will declined or were unable to serve shall be granted to some one or more of the persons hereinafter mentioned, and they shall be respectively entitled in the following order:

(1) The surviving spouse or state registered domestic partner, or such person as he or she may request to have appointed.

(2) The next of kin in the following order: (a) Child or children; (b) father or mother; (c) brothers or sisters; (d) grandchildren; (e) nephews or nieces.

(4) One or more of the beneficiaries or transferees of the decedent’s probate or nonprobate assets.

(5)(a) The director of revenue, or the director’s designee, for those estates having property subject to the provisions of chapter 11.08 RCW; however, the director may waive this right.

(b) The secretary of the department of social and health services for those estates owing debts for long-term care services as defined in *RCW 74.39A.008; however the secretary may waive this right.

(6) One or more of the principal creditors.

(7) If the persons so entitled shall fail for more than forty days after the death of the decedent to present a petition for letters of administration, or if it appears to the satisfaction of the court that there is no next of kin, as above specified eligible to appointment, or they waive their right, and there are no principal creditor or creditors, or such creditor or creditors waive their right, then the court may appoint any suitable person to administer such estate.

Under this statute, the surviving spouse or state registered domestic partner has the strongest right to administer the estate. What if there’s no one who fits that description but, instead, the deceased is survived by a long-term romantic partner they never married?  As you can see, the statute does not prioritize someone in that sort of relationship, even if the deceased would have wanted that significant other to serve in that capacity.

What if the deceased person is not involved in a “recognized” romantic relationship and:

Many of these issues are ultimately resolved by an ex parte commissioner, after a court hearing is conducted with one or more family members who are represented by counsel. The ex parte commissioner will not know what the deceased person would have wanted and, generally speaking, will not take those desires into consideration since there is no Will to provide direction.  Determining who will be appointed by the court to administer an estate can be an expensive, contentious mess. And, the process of appointing an Administrator is just the first of many hurdles potentially faced when someone dies without a proper Will.