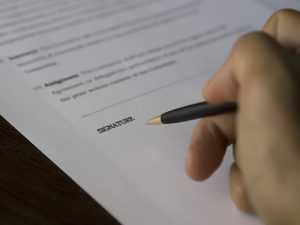 On May 8, 2019, Washington Governor Jay Inslee signed Substitute House Bill 1450 into law. This law sets forth new restraints regarding non-compete agreements which will come into effect on January 1, 2020. Non-compete agreements have always been disfavored by courts as a restraint on trade. The Washington legislature echoed these sentiments, stating in Section 1 of the bill: “The legislature finds that workforce mobility is important to economic growth and development. Further, the legislature finds that agreements limiting competition or hiring may be contracts of adhesion that may be unreasonable.”

Some highlights of the new legislation in relation to employees include:

Also of interest – the Washington Attorney General also has a right to pursue relief against the employer or party retaining the independent contractor for violations of the new law.

If you have any questions about this new law in relation to your business, we will be happy to help.