“Murder Mystery” and the Trouble with DIY Wills 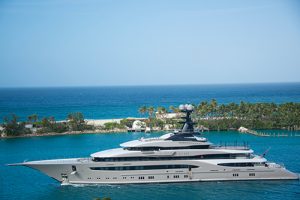 I love it when estate planning features prominently as a plot device in movies. The Netflix summer popcorn movie “Murder Mystery” (starring Adam Sandler and Jennifer Aniston) is an old-fashioned estate planning whodunit. The plot kicks into gear when billionaire Malcolm Quince makes a grand entrance aboard his yacht and abruptly announces to the family members, protégés, and hangers-on he has gathered together that he is about to change his Will and disinherit everyone except his much-younger fiancée.  Quince then waves a wad of paper in the air that is be presumed to be the new Will, sets it down on a table, and pulls out a pen to sign. Suddenly, the room is plunged into darkness and a series of screams and scuffles ensue (with a debt to the greatest whodunit farce of all time, Clue). When the lights flicker on, Quince is dead. (Cue dramatic music.)

While there is a lot wrong with this scene, I am going to focus on what went wrong from an estate planning perspective.

Quince undoubtedly wanted to cause a stir by staging a surprise signing for his Will, and his flair for drama resulted in his demise. Had he lived long enough to sign that Will, it is questionable whether that Will would have been valid, and likely that it would have led to prolonged litigation among the beneficiaries. “Murder Mystery” is a fun summer farce, and Quince must die to move the plot forward. While it is not advisable to take anything involving Adam Sandler too seriously, the movie does provide a dramatic – and comic – example of what can go wrong with a “gotcha” DIY Will.