How to Fail Spectacularly in Business Without Really Trying 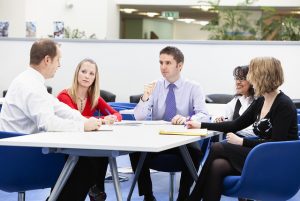 What happens when a corporate officer or LLC manager breaches a fiduciary duty toward the company? The “Terms of Service” episode in the most recent season of the HBO comedy series Silicon Valley, tackles this question. In a hilarious — if cringe-inducing – moment, the character Dinesh (played by the actor/comedian Kumail Nanjiani, who is the subject of this excellent New Yorker profile),  as newly-appointed CEO of the fictional software company Pied Piper, realizes that the company’s failure to comply with the federal Children’s Online Privacy Protection Rule (COPPA) will result in astronomical fines and that the company, which was at long last on an apparent ascent into the successful startup stratosphere, once again looked set to crash and burn.

As a lawyer, there’s a lot to love about this scene. First, it demonstrates the sometimes serious repercussions can result when a company fails to seek legal advice about its practices. Second, because it is the first moment in a television comedy I remember watching where a character utters, “You’ve breached your fiduciary duty.”

(1) An officer with discretionary authority shall discharge the officer’s duties under that authority:

(b) With the care an ordinarily prudent person in a like position would exercise under similar circumstances; and

(c) In a manner the officer reasonably believes to be in the best interests of the corporation.

Individuals acting on behalf of business entities must, at a bare minimum, meet the fiduciary duties of loyalty and care to the company. What happens when these fiduciary duties are breached? I will be discussing that in my next post.

What is a Revenue Clearance Certificate? Why would a business owner need one if they are closing shop? https://buff.ly/3aL2U7i

Sherry’s attendees at the Washington Law & Practice Refresher CLE had a number of questions. Does gmail provide adequate privacy for attorney-client communications? What happens to the remaining fee deposit when an attorney withdraws from joint representation of two clients?