How Much is Enough?

By Stacey Romberg August 6, 2019 No Comments 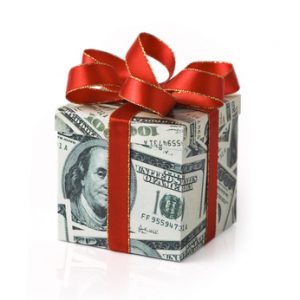 A recent article by columnist Michelle Singletary in the Washington Post caught my eye. It’s entitled “Gloria Vanderbilt reportedly did not leave her heirs much money. Maybe you should follow her lead.” The article discusses recently deceased Gloria Vanderbilt’s decision not to leave a trust fund for her well-known son, CNN host Anderson Cooper. Cooper did not object to his mother’s decision. The article states:

While interviewing Cooper in 2014, radio host Howard Stern asked: “Your mother inherited money. Why shouldn’t you inherit money?” “I think it’s an initiative sucker,” Cooper said. “I think it’s a curse. Who’s inherited a lot of money that has gone on to do things in their own life? From the time I was growing up, if I felt like there was some pot of gold waiting for me, I don’t know that I would have been so motivated.”

Like many attorneys who work in the field of estate and trust administration, I’ve noticed that some of the more challenging cases stem from beneficiaries who believe that they fully entitled to every dollar they receive (and often more!) from the decedent. Sometimes, these beneficiaries have led their lives without a sense of financial responsibility or urgency, knowing that “The Great Bail Out” is coming. Once the estate or trust administration begins, these beneficiaries may harass the attorneys’ office with continual telephone messages and emails, always along the lines of “Where’s my check?”. Sometimes the beneficiaries cannot wait until the administration concludes. They assign their interests to various companies that generally pay a low percentage of the ultimate distribution – but these companies issue that check now, which is exactly what the beneficiaries want.

Many estate planning clients grapple mightily with the issue of “How much is enough?” because they want their children to adopt Anderson Cooper’s model of self-sufficiency rather than the other extreme of “Where’s my check?”. Most clients want to care for their children, but many also want to make charitable contributions as part of their overall legacy, and perhaps make distributions to other family members and friends. As the article states:

Your legacy also doesn’t have to be just in the cash you leave. Have you done all that you can to raise money-smart children with a good work ethic? An inheritance can be a great asset, giving heirs the ability to build financial security for generations. But in the wrong hands it can be a curse.

Ms. Singletary advises, “Whatever money or assets you may be planning to leave as part of your estate, be thoughtful about passing on your wealth to your adult children.” I agree. It’s important to engage in sometimes difficult family conversations, as well as discussions with your financial planner and estate planning attorney in order to strike the right balance between providing helpful assistance versus creating a situation of heirs’ acting in an irresponsible and entitled fashion.