How do you tell your business’s story?

By Sherry Lueders September 12, 2014 No Comments 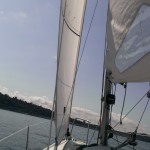 On the road to Portland last weekend, I happened to catch an episode of This American Life on the radio featuring stories structured around the theme of what it takes to start a business.  (Episode 533: It’s not the product, it’s the person.)  It is fantastic. The segment featuring comedian Mike Birbigla riffing on how performing stand-up comedy is like starting a business nobody wants is hilarious – but the true “driveway moment” in this episode is journalist Alex Blumberg’s segment about pitching his business idea to billionaire investor Chris Sacca. It is reminiscent of some of the best cringe-worthy moments in the television comedy series Silicon Valley.  I highly recommend it to anyone with an idea for a new business so great that they just can’t put it aside.

Blumberg, a journalist whose work for many years appeared on the radio programs This American Life and Planet Money, is like many entrepreneurs who have an idea that they are so focused on, so sure will succeed, they leave comfortable jobs and successful careers to start their own company.  Although Blumberg is an experienced storyteller, in the recording he made of his pitch to Sacca, he can’t seem to narrate a coherent story of his business. As the pitch goes down in flames, Sacca interrupts Blumberg and asks the crucial question: What is his unfair advantage? In other words, what does his business have that makes it different from every other widget-maker? Then, he steps in and improvises a succinct, persuasive pitch for Blumberg’s business. It is amazing. (And for a great analysis of Sacca’s pitch in Blumberg’s segment, check out this Inc  post.)

Do you know your business’s unfair advantage? Do you reveal it when you tell its story?  After listening to Sacca’s advice, you might have a better idea of how to do just that.