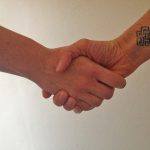 Recently, Stacey and I spent a morning digging through the finer points of Washington’s Uniform Power of Attorney Act, RCW 11.125. As I wrote in a blog post last summer, this Act became effective on January 1, 2017.

What is a fiduciary? A fiduciary is somebody who acts on behalf of another person and who has a duty to put the interests of that other person above their own. As we have watched “truthiness” become “alternative facts” , a discussion of fiduciary duties has an unexpected ring of timeliness.

A fiduciary relationship is above all a relationship of trust. Fiduciary duties are the heightened responsibilities a fiduciary has toward the person on whose behalf the fiduciary is acting. Washington’s Uniform Power of Attorney Act, RCW 11.125.140 sets forth the following fiduciary duties of an agent acting on behalf of a principal under a durable power of attorney:

1) Notwithstanding provisions in the power of attorney, an agent that has accepted appointment shall:

(c) Act only within the scope of authority granted in the power of attorney.

(2) Except as otherwise provided in the power of attorney, an agent that has accepted appointment shall:

(a) Act loyally for the principal’s benefit;

(b) Act so as not to create a conflict of interest that impairs the agent’s ability to act impartially in the principal’s best interest;

(c) Act with the care, competence, and diligence ordinarily exercised by agents in similar circumstances;

(d) Keep a record of all receipts, disbursements, and transactions made on behalf of the principal;

(e) Cooperate with a person that has authority to make health care decisions for the principal to carry out the principal’s reasonable expectations to the extent actually known by the agent and, otherwise, act in the principal’s best interest; and

(f) Attempt to preserve the principal’s estate plan, to the extent actually known by the agent, if preserving the plan is consistent with the principal’s best interest based on all relevant factors, including:

(i) The value and nature of the principal’s property;

(ii) The principal’s foreseeable obligations and need for maintenance;

(iv) Eligibility for a benefit, a program, or assistance under a statute or rule.

In selecting a person to nominate as an agent in a durable power of attorney, care should be taken to nominate a person willing and able to fulfill these fiduciary duties. Conversely, a person who is acting as an agent under a durable power of attorney should be aware of their fiduciary duties toward the principal. If you would like guidance in your decision-making process for selecting someone to act as your agent, or in how to fulfill your fiduciary duties when acting as agent for another person, please let us know.