Corporations: An Evil Invention? Or a Straight-Up Business Entity?

By Stacey Romberg October 6, 2015 No Comments 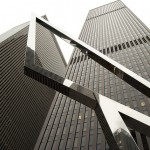 Corporations seem to get a lot of bad press. People often criticize the United States Supreme Court’s Citizens United decision and the concept that corporations are “people” capable of political views and religious beliefs. Others associate corporations with greed and the increasing disparity between rich and poor.

Have corporations always been disparaged? Actually, yes. Thomas Jefferson, in 1816, wrote, “I hope that we shall . . . crush in its birth the aristocracy of our monied corporations which dare already to challenge our government to a trial of strength, and bid defiance to the laws of our country.”

Forty-eight years later, Abraham Lincoln wrote, “I see in the near future a crisis approaching that unnerves me and cause me to tremble for safety of my country; corporations have been enthroned, an era of corruption in High Places will follow, and the Money Power of the country will endeavor to prolong its reign by working upon the prejudices of the People, until the wealth is aggregated in a few hands, and the Republic destroyed.”

And Woodrow Wilson wrote, “There was a time when corporations played a minor part in our business affairs, but now they play the chief part, and most men are the servants of corporations.”

More recently, presidential candidate Mitt Romney, in a 2011 speech in Des Moines, Iowa, declared in response to an audience member’s comments, “Corporations are people, my friend . . . of course they are. Everything corporations earn ultimately goes to the people. Where do you think it goes? Whose pockets? Whose pockets? People’s pockets. Human beings my friend.” In contrast, Senator Elizabeth Warren, in a speech at the 2012 Democratic Convention, countered, “No, Governor Romney, corporations are not people. People have hearts. They have kids. They get jobs. They get sick. They thrive. They dance. They live. They love. And they die. That matters. That matters because we don’t run this country for corporations, we run it for people.”

Many well-known businesses are corporations, including Microsoft, IBM, General Motors and The Coca-Cola Company. When most people think of corporations, their first thoughts are of these types of large multi-national behemoths. But looking through our firm’s client list, I take note of many small closely-held corporations engaged in diverse occupations including a hair salon, a gym, a concierge service, a housecleaning company, a financial planning service, and an app developer. All of these corporations are similar in that they have a Board of Directors, elected officers, and shareholders. They have voted to approve corporate Bylaws, to ensure that the corporation has proper legal governance pursuant to RCW Chapter 23B. They’ve all issued stock. Many of the corporate shareholders have signed buy-sell agreements, to make sure if a shareholder dies, gets divorced, wants to sell shares, or becomes involved in an inter-company dispute, there’s a roadmap to work through these issues and protect the business. And all of these corporations are owned by people, small business owners to be exact, who are delightful, engaged, honest, hard-working, and decidedly not-evil.

Small businesses, even corporations, tend to be revered. “From the mom-and-pop storefront shops that anchor Main Street to the high-tech startups that keep America on the cutting edge, small businesses are the backbone of our economy and the cornerstones of our nation’s promise,” stated President Barack Obama.