Buying or Selling a Business? Let’s Start at the Very Beginning . . .

By Stacey Romberg February 27, 2018 No Comments 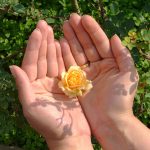 In my last blog post, I described an undesirable outcome in the purchase of a business. In that example, the purchaser failed to properly prepare to transition customers to the new ownership, and as a result likely lost significant revenue. When someone is exploring entering into a transaction to buy or sell a business, I’m often reminded of Maria von Trapp’s sage advice to the Von Trapp children in The Sound of Music as she taught them to sing, “Let’s start at the very beginning. A very good place to start. When you read, you begin with ABC.  When you sing, you begin with Do Re Mi.”

Unfortunately, in purchasing or selling a business, many business owners fail to “start at the very beginning.” And what exactly is the beginning? A letter of intent, of course! A good letter of intent is a roadmap. What exactly will this purchase and sales transaction look like? Do the buyer and seller really agree? Remember, the devil is in the details. The parties may appear to agree on the basic terms of the transaction. But, when those pesky details begin to be teased out, the transaction may not work well for one or both sides. A proper purchase and sale of a business is punctuated by a thorough, well-written agreement, which has been drafted by an attorney, and then carefully reviewed by the attorney representing the other party. Then, typically, it’s renegotiated and revised several times until both parties are in full agreement. As you can imagine, this process can involve considerable time, energy, and attorneys’ fees. The more extensive the back and forth exchanges between the two sides become, the higher the attorneys’ fees. How frustrating would it be if both sides spend thousands of dollars on attorneys’ fees, only to ultimately find out that they actually do not agree on key terms of the transaction, so the transaction fails to fall into place?

What kind of details related to the transaction should be outlined in the letter of intent? I will discuss that in my next blog post so, as Maria von Trapp might say, “Stay tuned.”

What are the rules of the road for operating a home-based business in Seattle? https://buff.ly/3pnkSnC