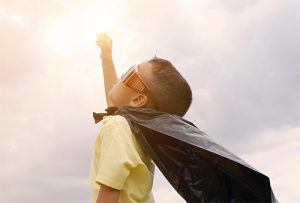 An executor who has been granted nonintervention powers by the court has dominion over the decedent’s estate. The court has  authorized them to administer the estate without court involvement. According to RCW 11.48.010, “The personal representative shall be authorized in his or her own name to maintain and prosecute such actions as pertain to the management and settlement of the estate, and may institute suit to collect any debts due the estate or to recover any property, real or personal, or for trespass of any kind or character.” For example, an executor can initiate a wrongful death lawsuit in order to pursue a recovery on behalf of the heirs.

Although an executor with nonintervention powers has much authority, there are limits, as described by a recent New York Times article “DNA Tests Could Clear an Executed Man. Why a Judge Said No.” The article discusses the Tennessee case of Sedley Alley, who was executed thirteen years ago for the 1986 rape and murder of a 19-year-old woman, Lance Cpl. Suzanne Collins. Prior to his execution, Mr. Alley’s attorneys requested that articles of clothing worn by Ms. Collins at the time of the attack be tested for DNA. The request was denied.

April Alley, Sedley Alley’s daughter, was appointed as the executor of her father’s estate. In that role, she sought to exert superpowers – by making another request for DNA testing on behalf of the estate. Shelby County judge Paula Skahan denied the executor’s request on the basis that the estate lacked standing to make the request. The New York Times article states, “Judge Skahan said state law governing DNA tests after conviction did not explicitly permit an estate to ask for them. No court in Tennessee had faced this issue before, she said, and the State Supreme Court might come to a different interpretation. The State Legislature could also act to permit the testing, she said.” According to an additional article written by the case in the ABA Journal, “Estate of executed man has no standing to obtain DNA testing, judge rules”, “Skahan stated ‘Petitioner has not pointed this court to any authority stating that the execution of a family member is an ‘injury in fact’ for standing purposes.’” “In addition, Skahan said, ‘This court is incapable of providing a remedy that would address any potential injury in this case. Mr. Alley’s sentence has been carried out—he has been executed.”’ The executor, who is being represented by the Innocence Project is appealing the court’s ruling.

It will be interesting to see whether the pending appeal is successful. It’s a novel concept to argue that an executor’s dominion extends beyond actions designed to provide a financial benefit to the estate, and that the executor possesses the superpowers necessary to pursue setting aside the conviction of an executed man. 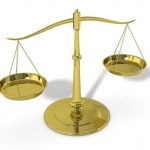 Kathryn Rathbone had three sons. In her Will, she provided for a specific bequest of real property to one of her sons but also granted an option to purchase the same property from her Estate for $350,000 to another son, who she had also appointed to serve as personal representative of her Estate. The Will provided no instruction regarding the distribution of the $350,000 from the sale of the property. The son who had been granted the option to purchase the property exercised the option, purchased the property, and distributed the $350,000 from the sale of the property as part of the residue of the Estate. The Will provided that the Estate’s residue was to be distributed in equal shares to Ms. Rathbone’s three sons.

The son who would have received the property pursuant to the specific bequest filed a request for an Estate accounting under RCW 11.68.110 and then filed a petition under the Trust and Estate Dispute Resolution Act (TEDRA) requesting that the court interpret the Will to require that the proceeds from the sale of the property be distributed to him, and not with the Estate residue. Both the trial court and the Court of Appeals ruled in favor of the objecting beneficiary, overriding the personal representative’s interpretation of the Will in regards to how to distribute the proceeds of the property’s sale. The Supreme Court reversed, ruling that TEDRA “did not give the trial court authority to construe the will in this case” and that the authority invoked under nonintervention statutes is “limited to resolving issues provided under each statute.”

There are a few fairly unique elements to this case that may limit the court’s decision to the facts in the case. First, Ms. Rathbone’s Will contained language conferring on the personal representation “authority to construe this Will …” Second, Ms. Rathbone’s Will included a broad “no contest” provision, not only disinheriting any beneficiary who contests the Will, but further stating, “I specifically desire that my son, Glen, and his children, do not contest, challenge, or harass my Personal Representative and Trustee.” It was Glen who brought the challenge disputing the personal representative’s interpretation of the Will.

What are the lessons to be learned from this decision? First, specific bequests should be written with care. The dispute here may have been avoided had Ms. Rathbone’s Will specified how to distribute the proceeds from the sale of the property. Second, TEDRA is not a magic wand for invoking the jurisdiction of the courts in a nonintervention probate; there must be a statutory basis for the court to step in once nonintervention powers are granted. And, third, when a beneficiary believes the court should override a personal representative’s actions, the basis for the requested action must reside in Washington law, such as a petition for removal of the personal representative for failing to fulfill his or her fiduciary duties.

Welcome May! Spring has definitely sprung, and we’re so happy to see the sun. We hope you’re having a productive and positive spring!

On April 19th, Sherry participated as part of a panel of attorneys who presented at the King County Bar Association Continuing Legal Education (CLE) seminar Personal Estate Planning for the 99%. This continuing legal education program focused on estate planning for clients whose asset levels fall below the Washington and federal estate tax filing thresholds. Sherry served as a group leader for the drafting element of the program, assisting attorneys in developing their skills.

On May 18th, I’m excited to present a program as part of the U.S. Small Business Administration’s (SBA) four-day JumpStart Workshops. I’ll be speaking on service contracts. I plan to focus on the three requirements of a contract (offer, acceptance and consideration), key contract terms, tips for working effectively with business counsel and tips for handling contract disagreements. SBA programs generally draw an enthusiastic group of engaged and inquisitive entrepreneurs. These are my people, and I look forward to being a part of JumpStart! If you’d like to attend, click here for tickets.

As always, I would love to hear your questions and comments. If you have any questions about our firm and the work we do, please contact us or visit our website.

Recent Updates from Our Blog

In this post, Sherry explains how a recent Washington Supreme Court decision, In re Rathbone, provides insight on how much leeway the court will give to a Personal Representative of an estate who has been granted nonintervention powers. Lessons in Legal Ethics from the Michael Cohen Case

Sherry explains how legal ethics and the attorney-client privilege has “become part of our national discourse” in this timely blog post.

The Nitty-Gritty of a Business Purchase and Sale: Due Diligence – Part II In part two of her series on due diligence, Stacey gives us some examples of the types of information that the seller of a business can expect the buyer to request related to the underlying business entity.

Photo credits: ccPixs.com and Mike Burns on Flickr and bestpicko.com