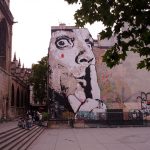 Last week, I had the privilege of facilitating a lively group discussion among fellow attorneys regarding Will drafting at the King County Bar Association’s continuing legal education seminar, Personal Estate Planning for the 99%. At the seminar, another presenter raised the question of whether an attorney could provide a copy of a former estate planning client’s Will to that client’s attorney-in-fact who was acting under a General Durable Power of Attorney after the former client became incapacitated. The legal ethics experts the presenter consulted regarding this scenario all agreed that the estate planning client’s attorney was prohibited by the Rules of Professional Conduct for attorneys from providing a copy of the Will to the attorney-in-fact, or even revealing to the attorney-in-fact whether the former client was, in fact, a former client. The only exception would be if the former client had previously authorized the attorney to release the Will to, or discuss their file with, the attorney-in-fact.

If ethical rules prohibit attorneys from revealing the identity of clients without the client’s consent, how did President Trump’s personal attorney, Michael Cohen, reveal Fox News host Sean Hannity as a client? The short answer here is that a judge ordered him to reveal the identity of his client – who turned out to be Hannity. While revealing information related to representation of a client without the client’s consent is prohibited by attorney ethics rules, there are exceptions, including revealing information necessary to conduct representation. As in many other jurisdictions, Washington’s Rules of Professional Conduct for attorneys also permit – but do not require – an attorney to reveal information related to representation of a client when ordered by the court.

One somewhat surprising result of the Michael Cohen investigation has been that legal ethics and the attorney-client privilege have, at least for the moment, become part of our national discourse.