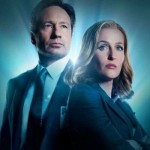 Maybe you are not as excited as I am about the X-Files reboot, but maybe you should be. The X-Files classically involves characters experiencing gory encounters with extraterrestrial or paranormal creatures. The tradition continues in the new season, which revives several familiar X-Files tropes, but a recent episode’s plot invokes the seemingly humdrum but very powerful Health Care Directive.

In Episode 4 of the new season, “Home Again,” Agents Mulder and Scully’s investigation of a malicious monster responsible for acts both violent and spooky is interrupted by a call everyone dreads: Scully learns her mother has had a heart attack. She immediately ceases her investigation of a severed limb at a crime scene (this is the X-Files) and rushes to her mother’s hospital bedside.

From an estate planning perspective, this is where things get interesting. In a telephone call with her brother, who is overseas, Scully informs him that their mother would still be alive – and may even have regained consciousness – when he arrived. Scully’s confidence came from a Health Care Directive she believed her mother to have signed indicating her mom wanted to be kept alive.

The scene is filled with flashbacks to Scully in a coma following her own near-death experience in a previous plotline. The implication is that the Health Care Directive authorizes life support when a person is gravely ill, but still may pull through. This is wrong.

A Health Care Directive is not intended to direct the administration of life support in circumstances when recovery — or regaining consciousness — is on the table. Rather, it is intended to direct whether a person wants life-sustaining nutrition and hydration administered to them if they have been diagnosed with a terminal or permanently unconscious condition. Washington’s statute regarding Health Care Directives indicates the directive is invoked in scenarios “where the application of life-sustaining treatment would serve only to artificially prolong the process of my dying.” In other words, not a coma like the one from which Scully eventually awoke.

In a plot twist in the present episode, however, Scully is told by a nurse that her mother’s medical file included a Health Care Directive she’d signed subsequent to her previous directive indicating she did not want the administration of artificial nutrition and hydration. Rather than being comforted by the knowledge of her mother’s wishes, Scully is devastated. I have a difficult time believing that Scully, a tough perpetual skeptic, as well as a medical doctor, would react to this news in such a way. But it does make for good drama.

There are some lessons to be learned here: 1) Scully’s mother could have prevented her daughter’s surprise and confusion by talking to her about what types of interventions and treatments she did – and did not – want administered; 2) A Health Care Directive is a simple but powerful document; and 3) The truth is out there.