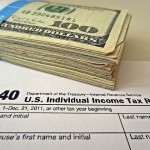 Benjamin Franklin once said, “In this world, nothing can be said to be certain, except death and taxes.” But, what about death taxes? Is that a certainty too?

My answer, spoken like any good lawyer, is, “It depends.” Specifically, it depends on three things. First, how much money you have. Second, where you live. And, third, the thoroughness of your estate planning.

Let’s get into some details. In a simplified description, if you died in 2016, your estate would potentially owe federal estate tax if you have assets of at least $5.45 million if you’re single or $10.9 million for a married couple. When you think of assets that could be taxed, think inclusively.  For example, life insurance is often a taxable asset that should be counted toward this amount. So is the equity in your home which, in our neck of the woods, has become an increasingly bountiful number for many folks.

What about Washington? Washington has a separate estate tax system from the federal government. If you are a Washington resident and you die this year, your estate would potentially owe Washington estate tax if you have assets that total at least $2,054,000 if you’re single, or $4,108,000 for a married couple. [i]

When considering estate taxes, one concept to keep in mind for married couples is that, if the goal is to pass assets on to your surviving spouse, as crass as this may sound, the “first death is free.” Meaning, suppose, in this simplified scenario, Molly Megabucks dies with a $15 million estate. Her Will leaves everything to her surviving spouse, Lucky Louis, but fails to address any estate tax planning. Molly’s death will be “free” in that no federal or Washington estate tax will likely be owed. But, here’s the rub. Suppose Lucky Louis lives for a few more years, spends $3 million, and then dies with a Will distributing all assets to the children – again, without tax planning. Lucky Louis’s heirs are rather unlucky, in that both federal and Washington estate tax will be owed.

Are Molly and Lucky destined for this disaster, since death and taxes are a certainty? Or, are there strategies to employ to avoid this calamitous fate? Stay tuned for Part II of my blog post – which will provide more details.